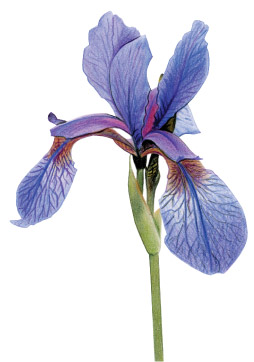 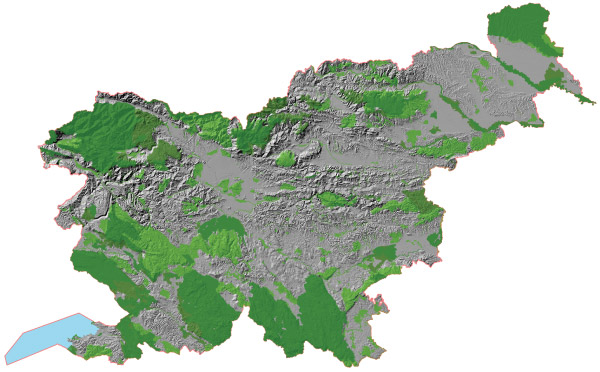 There are more than 72,000 areas in the Natura 2000 network, 354 in Slovenia. Thirty-one of them are defined according to the Birds Directive. They serve to protect 118 rare and endangered bird species. The 323 areas defined according to the Habitats Directive encompass the habitats of butterflies, bats, fish and beetles, as well as otters, lynxes, pond turtles, the olm or proteus, Carniolan primrose and other disappearing species. The Natura 2000 network also encompasses habitat types, such as extensive meadows, forests, scree slopes, marshes, swamps, the sea and caves. 37% of the Slovenian territory is included in Natura 2000, most of it (70%) is covered by forests.

There are no predefined protection regimes for areas of the Natura 2000 network. Whether protection is possible or not is estimated according to the protected species and habitat types, their conservation state and the nature of the planned intervention. Almost all natural parks overlap with the Natura 2000 areas or Ecologically important areas. In these parks the protection of biodiversity is complemented by the preservation of other elements of the natural and social environment.

During the thousand years of coexistence humans and nature have become inseparable. Some species and habitat types need extensive use in order to exist. If we don't cut the meadows, they become overgrown. Marsh grassland was sometimes cut as well to feed livestock. Appropriate management of the natural resources ensures the good condition of the protected species and habitat types of the Natura 2000 areas. But the traditional use of natural resources, which maintain biodiversity, also enables modern society to find new market opportunities.

The conservation of biodiversity is the foundation of sustainable development Some species have already died out, while some are on the edge of existence. The Natura 2000 network is the most successful method for the conservation of animate nature and consequently our future.