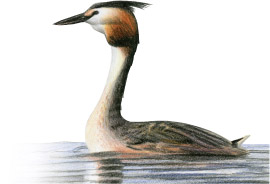 Slovenia's diverse landscapes and climates offer a lot to ornithologists and amateur bird watchers alike. Bird watching combines recreation in the nature and education about birds, their habits and their habitat. So far, 386 bird species have been recorded in Slovenia; 223 among them also breed in Slovenia. 386 bird species represent half of all European bird species (about 850). By recognizing the importance of watching and studying the birds, 7th October has been proclaimed the European Bird Watching Day. 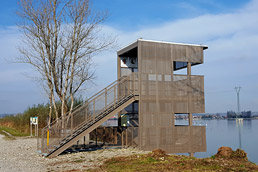 Ptuj Lake is a reservoir lake on the Drava river, representing the most important wintering place in the inland Slovenia. Special nesting islands for common tern, Mediterranean gull and black-headed gull have been arranged for this purpose. There is a 12 km walking trail around the lake, with a bird watching spot that includes the most important information about birds. 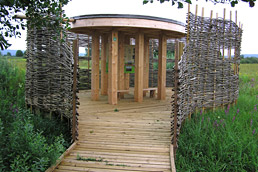 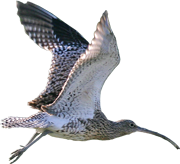 This 64 hectare nature reserve is a landscape of marsh grassland and residues of flooded forests. Iški morost as a nature reserve is a part of Ljubljana Marshes Nature Park and is a home to numerous highly endangered species of grassland plants and animals. In addition, it is one of the most important nestings places of the corn crake in Slovenia. 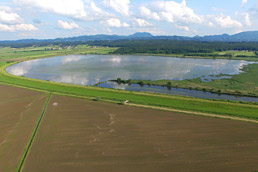 Reservoir Medvedce is the third largest water surface in the Pannonian part of Slovenia. Aquatic plant species dominate the surface of the reservoir, whereas rare flood meadows and forests can be found on some of its edges. The area is crisscrossed by several drainage ditches that get flooded in times of heavy rain and attract many waders, which feed in them. Many rare bird species nest in the bulrush and reed that cover the western part of the reservoir. 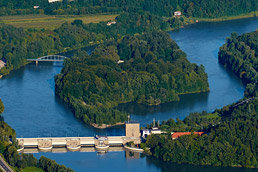 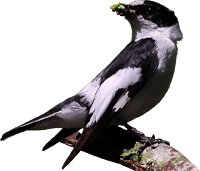 MThe Maribor Island is a natural island on the Drau river renowned by its geomorphological and botanical features and is an important habitat of a number of bird species. About 30 bird species nest on the island and additional 40 species can occasionally be spotted there all year round.  The most numerous species on the island are forest birds. Due to its location on the river, some water bird species can be found as well, especially in winter. 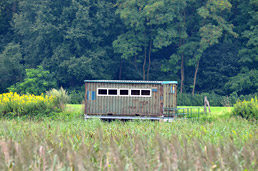 Ormož Lagoons are wetlands with extraordinary international significance. They formed in the refining pools that used to be part of the Ormož Sugar Factory. The vast area of muddy shallows are a welcome haven for the migrating birds. There is an educational trail, including some bird watching hides in adapted shipping containers. 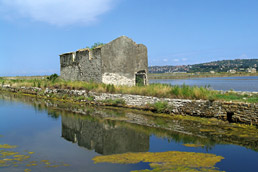 In 1993, Salt Pans of Sečovlje became a site under Ramsar Convention which obliges Slovenia to protect wetlands as birds’ habitat. Salt Pans and its unique biotope of sea water channels represent an extraordinary habitat for almost 300 bird species that find here their night or wintering place. 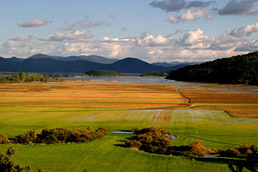 The intermittent Lake Cerknica has been home to a large number of bird species for centuries. After migrating south, these birds return to their chosen home. Sometimes they arrive quietly and secretly; at other times they come in all their magnificence as if they wanted to make everyone aware of their homecoming. 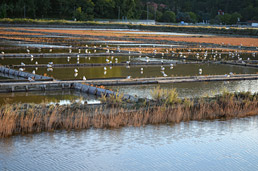 Strunjan salt pans as the meeting point of the sea and land, together with Stjuža, the only sea lagoon in Slovenia, are an area of salty wetlands, one of the highly endangered ecosystems. Numerous birds rest on the banks and strand; many choose this area also as a nesting place. So far, over 200 bird species have been listed in this area. 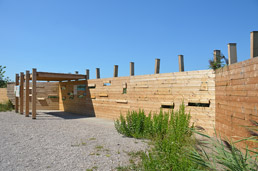 The 122 hectares of Škocjanski zatok is an area dedicated to birds. The reserve consists of the brackish lagoon with nesting islands, saltmarshes and mudflats with grasslands. Around 250 species of birds add up to the abundance of flora and fauna. The reserve has a walking trail with numerous bird watching hides.