A walk around the collection takes you through the story of contact Karst. The story begins with creation of lime and Karst surface which you can watch in a picturesque animated film. The river Reka plays the starring role in this film, having the most credit for designing the wider area of Škocjan Caves Park and making it abundant in Karst features. The creativity of the Reka has no limits and to make it easier to imagine, there's another animation that leads us to the epilogue of the whole story. It is magnificent: the Škocjan Caves, a masterpiece of nature, being admired by the whole world. 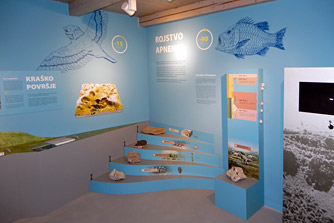 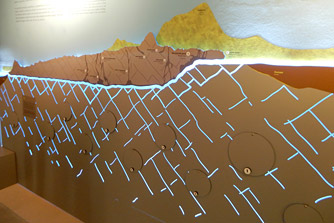